If you want to add some color and fun to your bath then LED shower lights is must for you. This is a cool option to change your normal shower experience to a luxurious one. And the added advantage is you don’t have to take any extra trouble for this one. These are cheap, easy to install and the most interesting part is it doesn’t need any battery support. It works on the pressure of water. It changes colors automatically according to the water temperature.

When water flows through the shower head, the turbines present in the head turn by the force of water and this in turn generates power to the lights. At starting point, when water is cold, the light is cool blue. Most of the common LED light enabled shower heads use a microcontroller which have a temperature sensor. This temperature sensor changes the color of the LED lights with the increase or decrease of temperature. General color code for LED lights are blue for cold water, green for warm, red for hot and sometimes flashing red for extremely hot water. There may be a very little sound but this is not seen as a problem.

• It is highly entertaining and refreshing to put some color to your morning shower and stay fresh and cool for the rest of the day.
• With the automatic temperature changing facility you can check the shower temperature visually. There is no need to add extra equipment to check the temperature of the shower.
• There is no need to turn on your bathroom lights. Let the LED lights illuminate your shower cubicle. You are saving electricity at the same time. The water pressure does both the tasks for you. Also you can enjoy the charm of a DISCO while bathing under its colorful showers.
• It can add some romance to your shower experience.

Some of the best Shower Lights

At the end, it is a refreshing shower. So try to make it different and entertaining with some added advantages and fun. 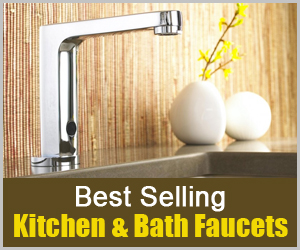 All Content Copyright ©2016 - 2020 My Kitchen and Bath Fixture Reviews